Musings of a Clumsy Palaeontologist

Ramblings of a Canadian PhD student living in the UK 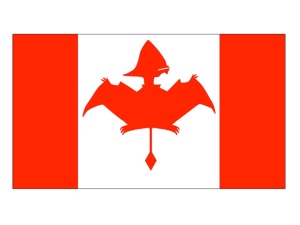 I completed my PhD at the University of Southampton and in collaboration with the University of Bristol in the UK, in 2017. I am known as Liz Martin-Silverstone in the real world (although more people know me as just Liz Martin). Originally from Edmonton, Alberta, Canada, I started my interest in palaeontology at a young age being surrounded by dinosaur fossils, and eventually ending up doing an undergrad in palaeo with Dr. Phil Currie on Centrosaurus apertus. After moving to the UK to do my MSc on pterosaur bone mass in Bristol, I moved to Southampton to start a PhD on the same topic. My PhD was on pterosaur biomechanics and mass estimation using CT scans, working with Colin Palmer (UoS/UoB), Mike Habib (USc), Emily Rayfield (UoB), and Jessica Whiteside (UoS) (with some help from the imaging department in UoS from Philippe Schneider). Since finishing my PhD, I’ve worked in a few different positions, first as a technician in a osteoarthritis lab studying bone morphology of zebrafish, then with Emily Rayfield and Laura Porro studying the skull morphology of early tetrapods and their skull biomechanics. I’ve also done some work on foram CT scans, and more recently acting as the lab manager in the Palaeobiology Group at the University of Bristol. I’m now looking for post docs to continue my research into pterosaurs and pneumaticity. I’ve done several fieldwork trips focusing in Alberta with the U of A Vertebrate Paleontology group headed by Phil Currie, and Romania with the University of Southampton Vertebrate Paleontology Group.

You can follow me on Twitter (@gimpasaura) where I talk mostly about science, but also bits about other things that are important or interest me, especially regarding Canada and palaeontology. I am also a producer for Palaeocast, where we produce educational podcasts based on palaeontology, and share interesting palaeontology-related stories and publications. My blog is part of ScienceBorealis, a Canadian blogging community that focuses on Canadian science or science done by Canadians, where I am also the Membership Coordinator and social media volunteer.

You can also see my profiles at ResearchGate, Google Scholar, and my ORCID if you’re interested in things like publication lists.

My PhD research was funded primarily by the Natural Sciences and Engineering Research Council of Canada (NSERC), and the Graduate School of the National Oceanography Centre Southampton, with additional support from the Government of Alberta, the Geological Society of London, the Palaeontological Association, and an external funder.

I’m a big proponent of sciart and palaeoart in particular, but I’m a terrible artist myself, so I normally use images of some of my favourite palaeoartists and friends, such as Mark Witton and John Conway who both make awesome artwork, especially of pterosaurs. You should support them and check it out!

This site uses Akismet to reduce spam. Learn how your comment data is processed.

I’m a Canadian palaeontologist that recently finished her PhD, living in the UK. This blog dabbles in a variety of things, mainly palaeontology, pterosaurs, and life as a Canadian in the UK. For more information, check out the “About Me” tab. Thanks to John Conway for letting me use the banner image!